Call Now for a Free Quote

While offering Hampton Tree Trimming/Pruning Service we often get asked, “When is the best time to prune an oak tree?” This is a great question and figured we’d answer it below.

If you’ve been thinking about getting that Oak Tree pruned, the best time to do it is much like other pruning jobs.

This means that the best time to prune is during the dormant season. While this time period varies with your climate, it usually runs between November and March.

This is when all the leaves have fallen and before the buds start to wake up and open in the spring.

However, with oaks, you don’t have to wait until the tree is completely bare. Many oaks will shed most of their leaves in the fall, with a second shedding period just when it is waking up from dormancy, so the time of the season is a more important sign of dormancy than the leaf shedding. 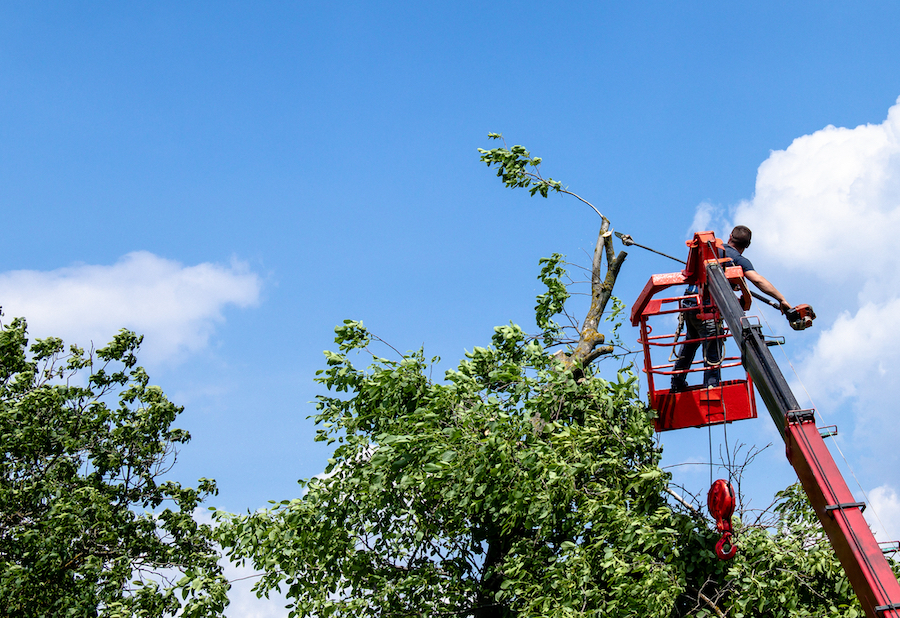 Pruning during dormancy also allows you to better see problems in the tree, such as limbs rubbing against each other so that one needs to be removed. Cracked and partly broken limbs can better be discovered as well.

The reason for pruning during dormancy is that the sap is not flowing during the dormant period. A tree wound created by pruning will ooze sap during the growing season. This sap can attract harmful insects or even bacteria which can seep into the tree and harm it. Bacteria is also more quickly spread with sap from an open wound.

Once the tree wakes up in spring, it will be able to start healing the pruning wound immediately and the tree will recover quickly.

Worst Time to Prune an Oak?

Early spring is the worst time to prune an oak tree. From about April to June, the tree is expending huge amounts of energy to grow new leaves and shoots. You will be surprised how quickly leaves grow if you take note.

In addition, new leaves are light green and very vulnerable to insects. Later on, they produce a protective covering that can be noticed with close inspection. This covering would hold back quick growth, so the tree takes a risk just to get those leaves out and grow quickly. This is not the time to stress the tree further by pruning it.

Oak trees have an additional weakness that necessitates pruning during the dormant season. They are vulnerable to a deadly disease called oak wilt. It is spread by sap beetles, which are most active in June and July but hang around from April through August. They look for sap oozing from tree wounds and holes. They are attracted to the scent of oak wilt and will spread the disease from one tree to another. A tree with oak wilt will need to be removed, period. Any other oaks you have will need to be treated with a fungicide. Even the root systems may need to be treated to prevent spread.

Call Today for your FREE QUOTE

How Often to Prune an Oak?

Oak trees are generally recommended to be pruned every two or three years when young, and every three to five years when older. Of course, any damaged branches need to be removed, but also keep watch for overly long, spindly branches which may be damaged by snow or wind. Remove a branch that rubs against another, as an open wound will be created by the rubbing. Clean your saw and clippers with a solution of one part bleach to nine parts water between trees to prevent disease spread.

Can You Prune an Oak Tree in Summer?

If you need to prune an oak tree due to a diseased or damaged limb during the growing season, try to wait until later in summer. August to October would be the most desirable period for this if possible. Of course, in case of damage from a storm with a limb in danger of falling, it has to be removed as soon as possible. In this case, the tree is already stressed from the damage itself, so cutting the damaged limb won’t bring much extra stress. In addition, a smooth, sealed cut will be much less harmful than a ragged break or crack, which will expose much more open wood to insects and bacteria.

Whether you are enjoying your first tree-shaded yard or are familiar with tree care, Hampton Tree Pruning Service can look over your trees and spot potential problems you may not have noticed. It never hurts to get a clean bill of health from the experts. Contact us at https://mypatriottreeservice.com and we’ll be glad to come out and look over your trees to ensure they will be around for you to enjoy for a long time.